Many people gather with family and friends on New Year’s Eve to celebrate the end of one year and the beginning of a new one. This year, New Year’s Eve falls on a Saturday, which means New Year’s Day is on a Sunday. Since you most likely won’t have to work on January 1, you will have the entire day to yourself to relax. If you are looking for something to do to start off 2017 on a fun note, you can take in a Broadway show. Several plays and musicals are open on New Year’s Day 2017.

Dear Evan Hansen is a musical about a high school student whose social status improves due to a misunderstanding after a classmate commits suicide. Despite the dark subject matter, the play has earned positive reviews from both critics and audiences. You can see Dear Evan Hansen at the Music Box Theatre in New York on New Year’s Day.

The musical Falsettos, which was first produced 25 years ago, has been revived in a production at the Walter Kerr Theatre. It follows Marvin, a gay man living in 1979; his lover, Whizzer; his ex-wife, Trina; and Marvin and Trina’s 10-year-old son, Jason. The unconventional family struggles to make things work and blames each other for their unhappiness. They seek help from a psychiatrist, who falls in love with Trina. 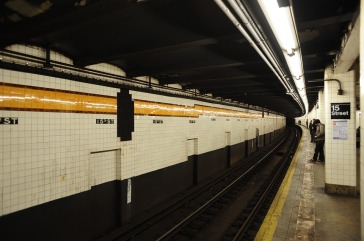 In Transit is a musical at the Circle in the Square Theatre that forgoes the typical orchestra in favor of a cappella performances. It tells the stories of several New Yorkers who are riding the subway and follows their struggles as they try to make it in the city. This is the perfect musical to see on New Year’s Day in New York.

Jersey Boys is a jukebox musical that follows the rise, success, and decline of the Four Seasons. It features performances of numerous hits from throughout the group’s career. If you are feeling nostalgic, you can see Jersey Boys in New York at the August Wilson Theatre on January 1.

Kinky Boots is a musical composed by pop icon Cyndi Lauper currently being performed at the Hirschfeld Theatre. It tells the story of Charlie, who inherits a struggling British shoe factory from his father. Lola, a drag performer, inspires Charlie to change the company’s direction by creating boots designed to appeal to cross-dressers.

Natasha, Pierre, and the Great Comet of 1812

Natasha, Pierre, and the Great Comet of 1812 is based on a small portion of Leo Tolstoy’s War and Peace. The story is told almost entirely through song. Natasha is engaged to a soldier, but her father does not approve. She falls for a womanizer, and Pierre, a good friend of Natasha’s fiancé, is drawn into the drama. You can see the musical at the Imperial Theatre on New Year’s Day.

Something Rotten! is a musical comedy about the struggles of a pair of brothers to make a name for themselves as playwrights. They are overshadowed by William Shakespeare, who is everyone’s favorite and makes it hard for anyone else to succeed. The Bottom brothers consult a soothsayer, who advises them to create a play called Omelette to steal some of Shakespeare’s thunder. Something Rotten! is currently being performed at the St. James Theatre.

Waitress is a musical with a score written by pop singer and songwriter Sara Bareilles. It tells the story of Jenna, a waitress who bakes pies, and her struggle to escape from an unhappy marriage. You can see Waitress at the Brooks Atkinson Theatre on Broadway on New Year’s Day.

If you are looking for New Year’s Day entertainment of a different variety, you can take in a magic show. The Illusionists is returning to Broadway with performances at the Palace Theatre involving audience participation, sawing a body in half, swallowing razor blades, and card tricks.

Order Tickets to a New Year’s Day Performance from OnBroadway.com

New York has many things to do on New Year’s Day. If you will have some free time, take a trip to the city to see one of these performances. Order tickets from OnBroadway.com today.