Skip to content
The artistic community and fans around the world are mourning the untimely death of pop icon Prince, who was found unresponsive due to unknown causes at his home in Minnesota on April 21. Musicians and members of Broadway casts have been paying tribute to the performer since news of his passing was released. 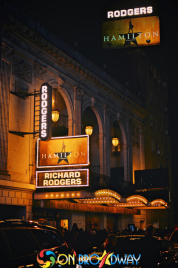 The creator of Hamilton, Lin-Manuel Miranda, tweeted after he heard of the performer’s death that he was “gutted.” He urged people to celebrate Prince’s life by listening to his music.

The cast of Hamilton paid homage to the singer and musician after their performance on Broadway last Thursday. The cast performed Prince’s hit song “Let’s Go Crazy.” The singing and dancing seemed spontaneous, but it was actually planned and rehearsed throughout the day. Miranda rapped the opening words of the song while music director Alex Lacamoire played the organ. Then the cast danced to a version that Lacamoire had specially orchestrated earlier in the day.

Prince recently invited the cast of Hamilton to a private concert at Avenue Lounge in Chelsea. He attended a performance of the play on March 19.

The Color Purple for the Man in Purple

The cast of The Color Purple also paid tribute to Prince. Jennifer Hudson, who plays Shug Avery, told the audience how grateful she and the cast were to the late singer and musician. She and Cynthia Erivo, who plays the role of Celie, led the cast and audience in a performance of “Purple Rain.”

Prince attended a performance of M. Butterfly, for which David Henry Hwang won a 1988 Tony for Best Play. The two met several years later to discuss writing a musical together. Although it never happened, Hwang did write a poem at Prince’s request that the singer used for his song “Solo.”

Prince was well known for his unique sound, which combined elements of pop, funk, rock, R&B, soul, and psychedelia. He is one of the best-selling artists of all time, with over 100 million records sold worldwide. Prince won seven Grammys, a Golden Globe, and an Academy Award and was inducted into the Rock and Roll Hall of Fame in 2004, the first year he was eligible. 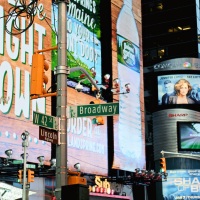