Disney has transformed many of its cartoons and feature films into ice skating performances, but none is more perfectly suited for Disney on Ice than Frozen. The Academy Award-winning film has captivated children around the world and generated over $1 billion in ticket sales.

Tila Tilley, a performer in Disney on Ice Presents Frozen, has been performing with Disney for 13 years. She performs as an ensemble member of the Frozen cast and dresses up as a bumblebee to skate next to Olaf the snowman as he sings “In summer.”

Tilley described Frozen as a story about family, particularly sisterly love, perseverance, and triumph over adversity. Tilley has had to persevere to forge a successful career as an ice skater. She began skating in Canada at the age of 5 and dreamed of pursuing a professional skating career. Her job with Disney on Ice requires discipline, physical strength, stamina, and dedication.

Tilley said her favorite part of the job is performing and seeing children’s reactions. She loves to see children dressed up as characters from the movie. She also enjoys the opportunity to travel to places like the United Kingdom, Spain, Portugal, and Asia. She spends as much as 14 months on the road at a time.

Tilley and her fellow performers all began skating at early ages and competing, so they got used to the pressures when they were young. She said performing with an ice show is less demanding than competing and that Disney has assembled an excellent team to support them.

Her husband performed with Disney on Ice for nine years before becoming production stage manager. She believes working together on the road has strengthened their five-year marriage because they understand what the other is going through every day.

On Broadway has tickets to performances of Disney on Ice Presents Frozen across the United States. Reserve your tickets now for this show that is sure to delight your entire family. 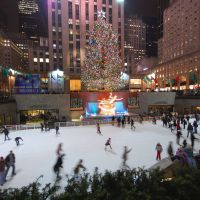 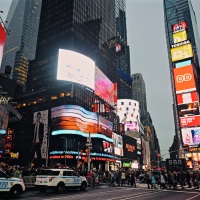 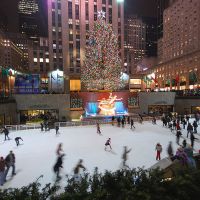